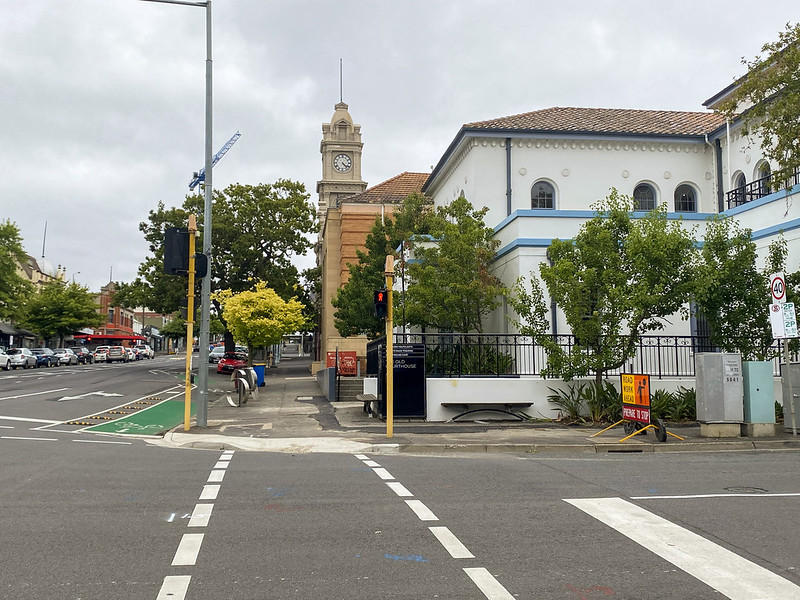 New bike lanes have been added recently along Gheringhap Street. This is part of the the Southern Link cycling route. This new cycling route is designed to connect central Geelong with Waurn Ponds via Belmont.

I got photos of the new lanes between Malop Street and Myers Street. I feel like this has made the area more busy and difficult for pedestrians to cross.

In August, 2020, developers revealed plans to overhaul the Bright and Hitchcock building in Central Geelong. Since then, not much has happened.

These photos show what the storefronts along Moorabool Street looked like between September 2020 and February 2022. The store windows were frequently vandalized and damaged. The main change I saw was boarding up an area to prevent homeless people from sleeping there.

I can understand the delays in starting this development, especially with the pandemic. However, it does represent a larger problem. There are so many large buildings sitting empty in key areas. In some cases, for over 5+ years.