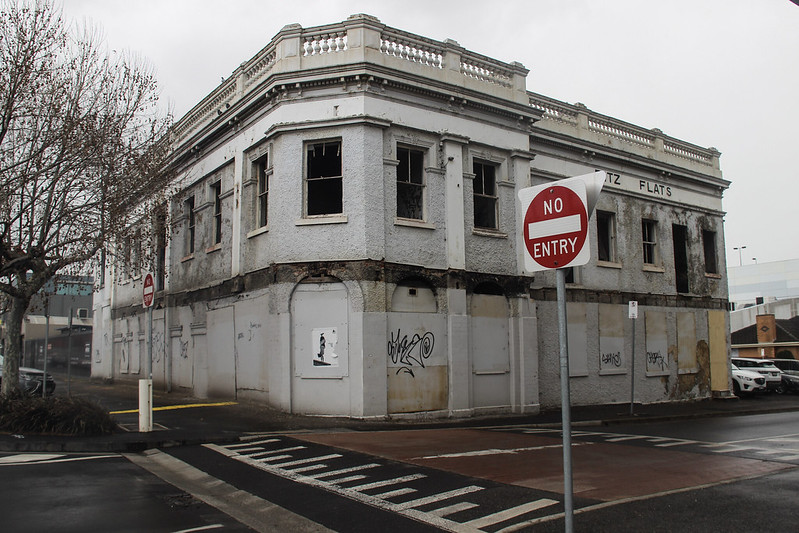 The Ritz had had been an eyesore in the Geelong CBD for decades. The building, which was at the intersection of Corio Street and Bellarine Street, had been vacant for forty years.

It was a popular photography spot for locals. We experimented getting photos at night time and in black and white. It was repeatedly a target for graffiti.

In March, 2017, plans were launched to redevelop the site. They were approved in December, 2017.

We expected work to start on the Ritz in November, 2018. In October, 2018, fencing went up around the building site. Nothing seemed to have changed to by March, 2019. 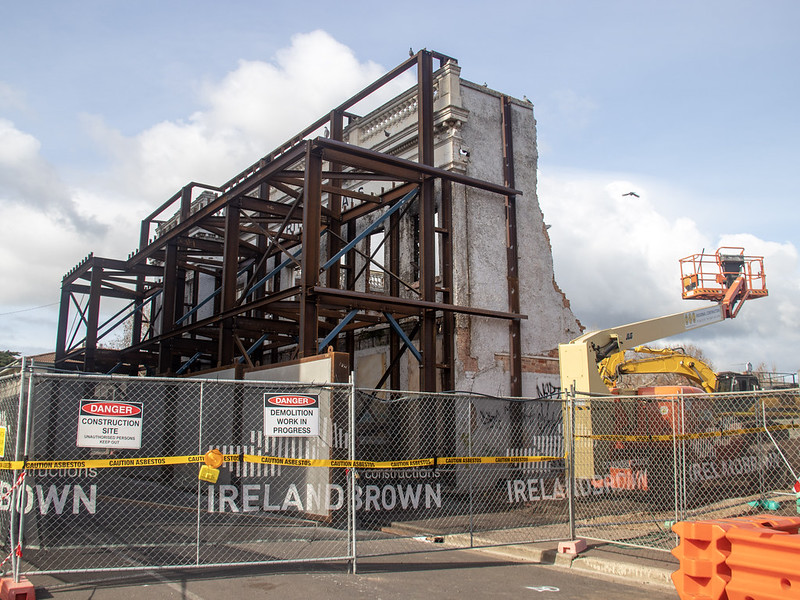 Work finally started in July, 2019. Scaffolding went up around the facade and there was equipment on the site. Demolition had started by July 26. By August 1, the facade was all that remained. I got closer views of the facade on August 4.

On August 16, more scaffolding had gone up and a crane was on the site.

Excavation started around October. I got photos early in the month showing a piling rig at the site.

I need help explaining anything that is going on with the following:

By October, the scaffolding had come down. The facade of the original building looked pretty impressive.