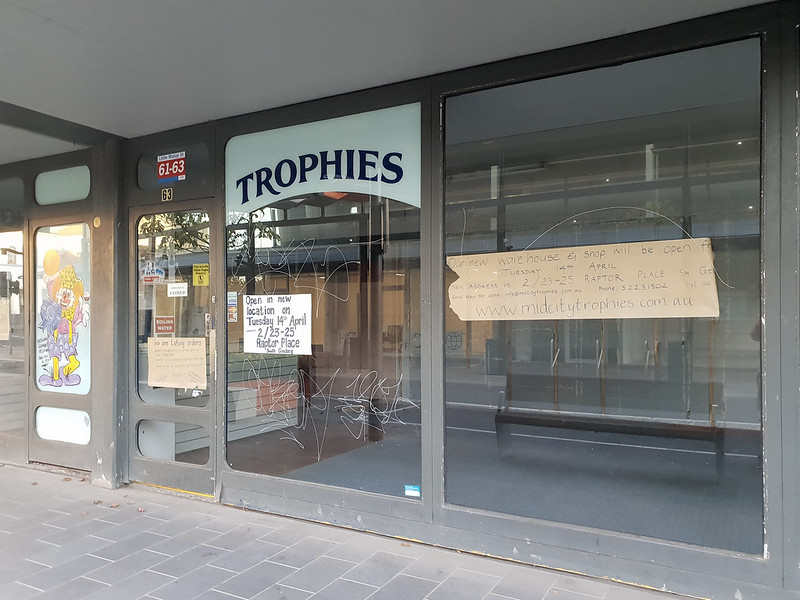 On March 7, 2021, a sign came up stating that the Good Cycles business was moving in to the location. The business was previously located in Centrepoint arcade. I got photos during March showing the store getting set up and eventually opening. 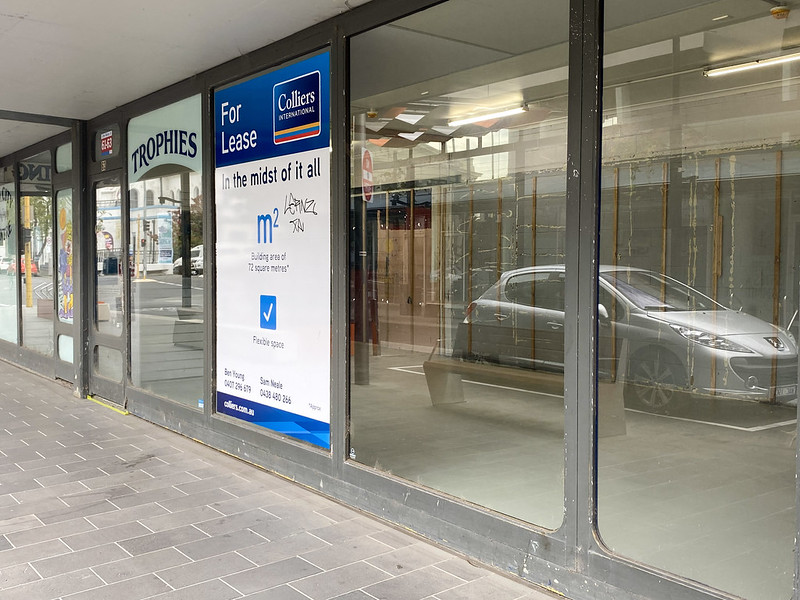 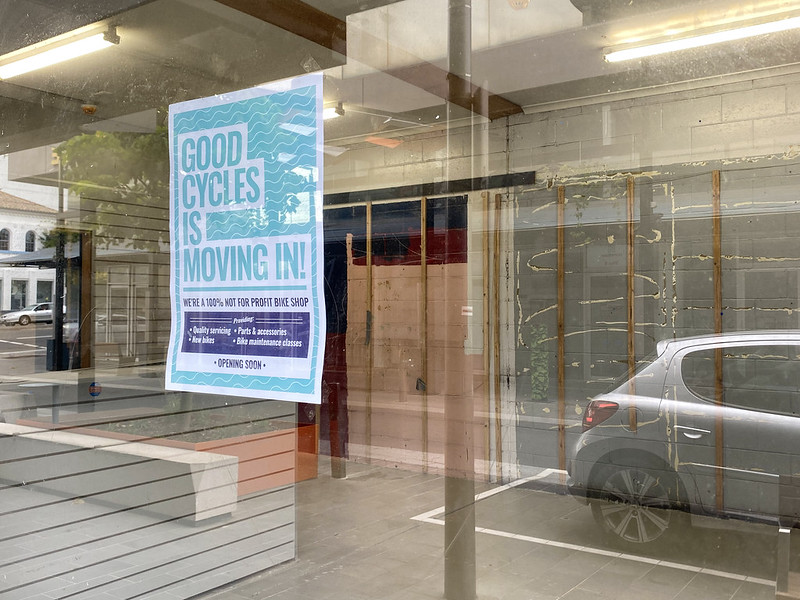 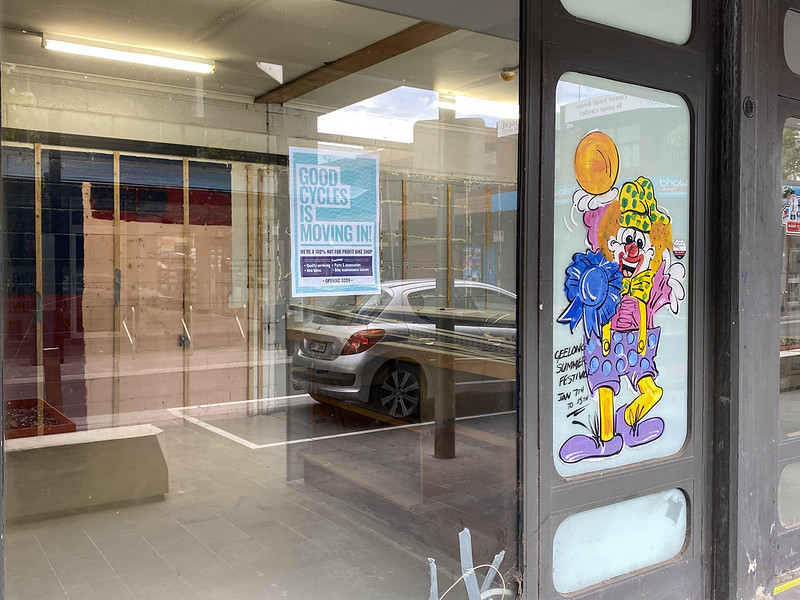 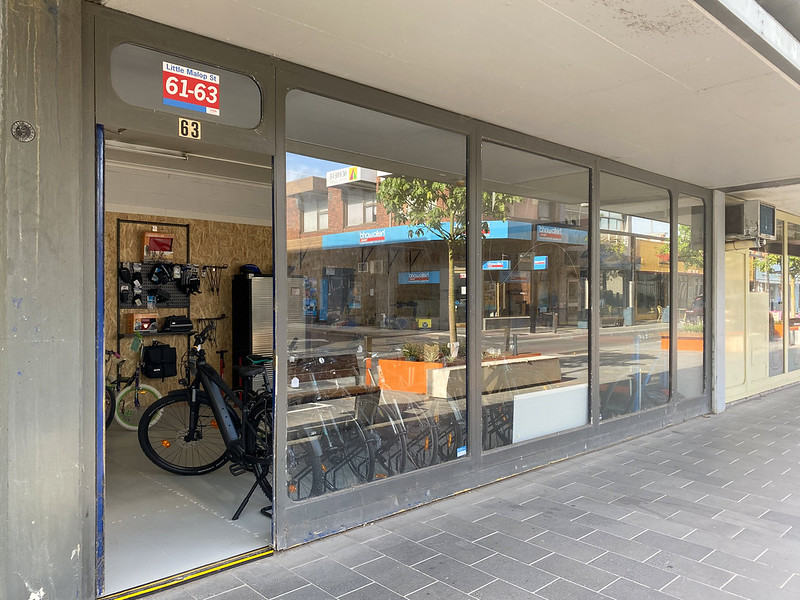 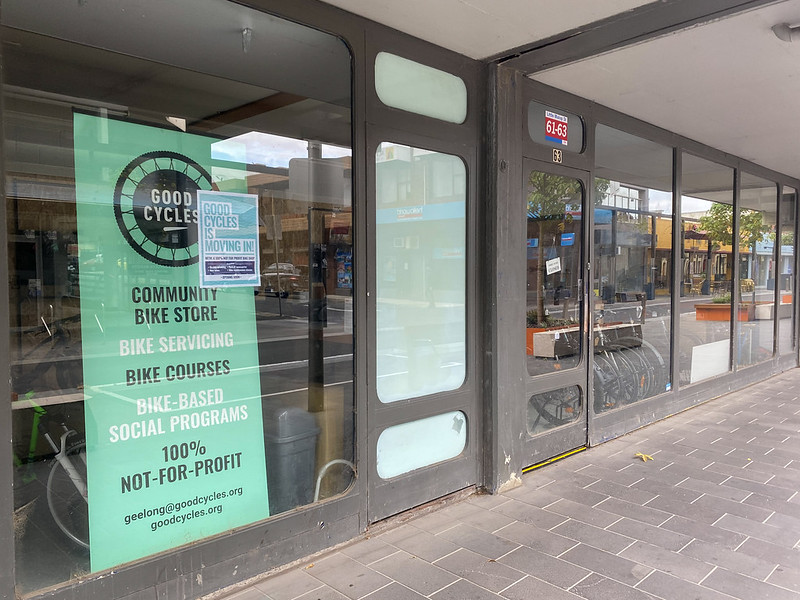 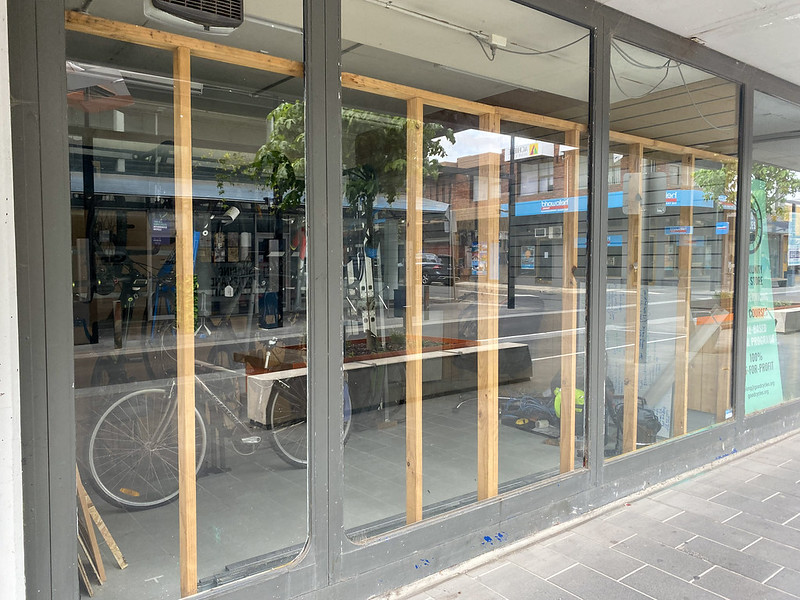 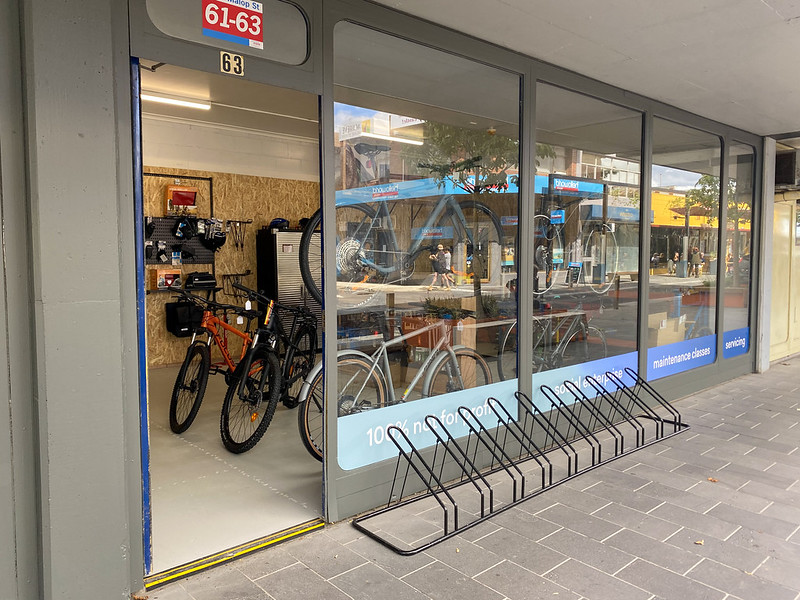 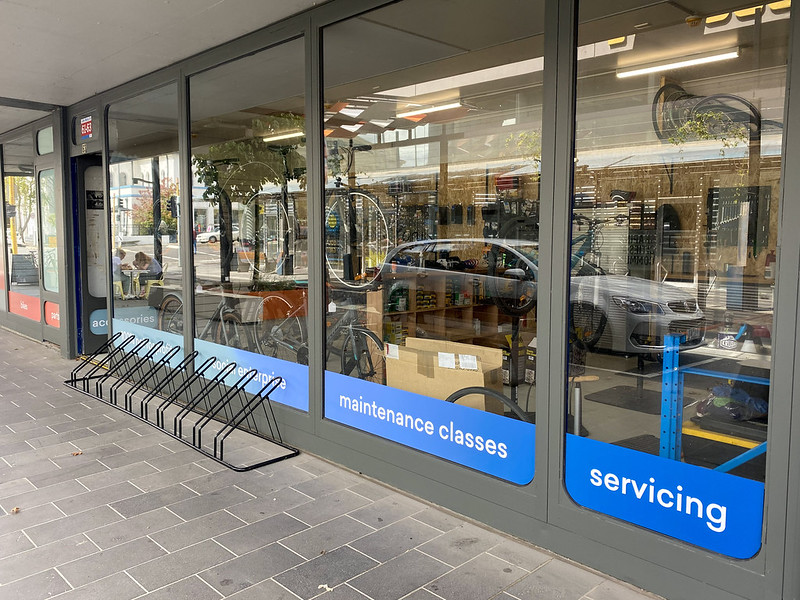 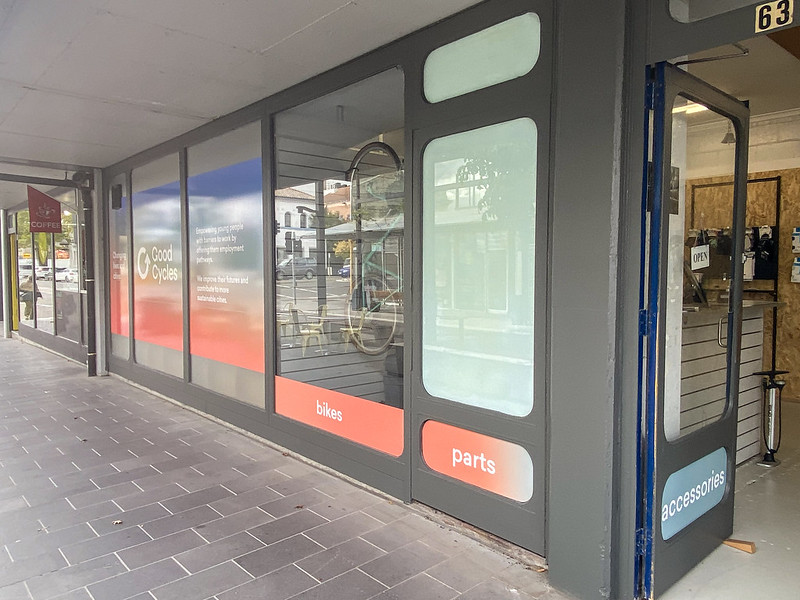