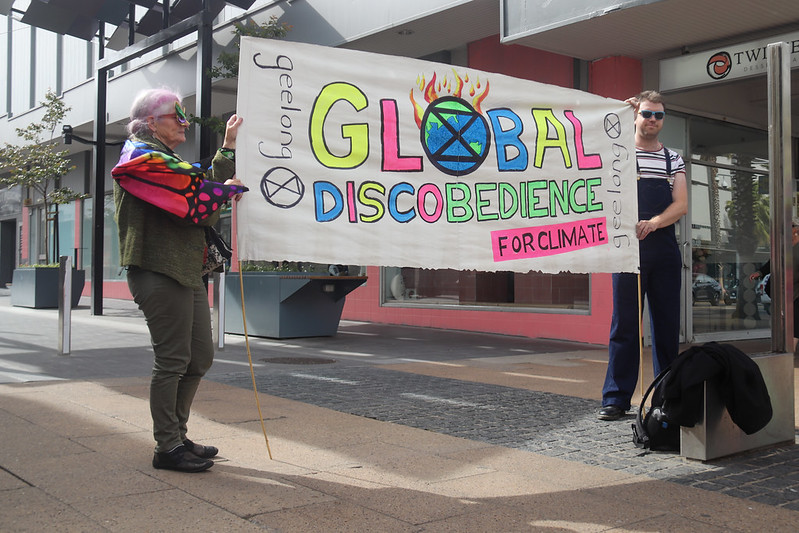 On Friday, Extinction Rebellion protestors gathered  in Central Geelongas part of their ‘Civil DISCObedience’ event. There was less than 20 protestors who danced their way through Geelong, stopping at the main intersections along both Malop and Moorabool Streets to disrupt traffic with their disco moves.

I try to detach from the subjects I am photographing, but I felt like this event was misguided and can actually take attention away from the core climate change issues. I wouldn’t have had any idea about Extinction Rebellion or any actions I should take unless I had researched the event previously and gotten there early. I expanded on this in the comment section of the Addy article covering the event.