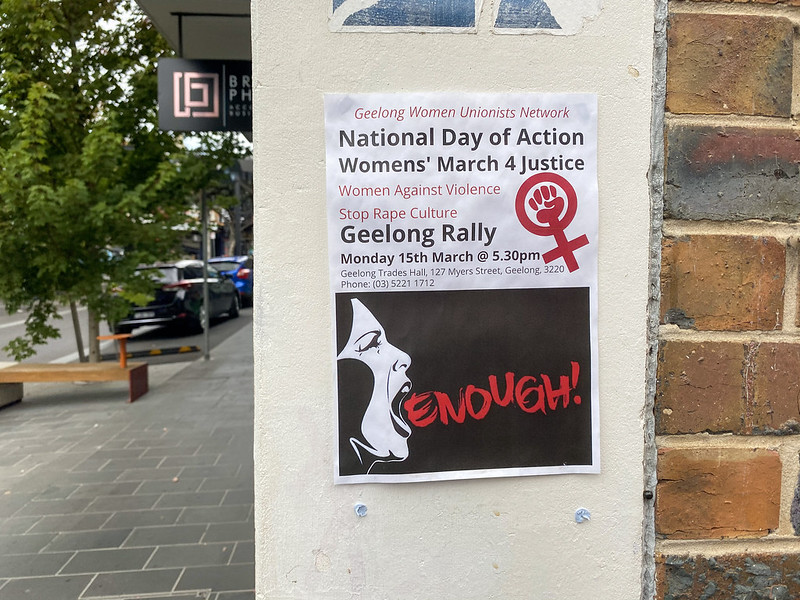 On March 15, a march was held in Central Geelong as part of a national day of action against violence and rape culture. The protest was in response to the federal governments repeated dismissal of sexual assault allegations involving senior staff members.

I wasn’t able to participate in the March. I did photograph some of the posters found in the laneway precinct. 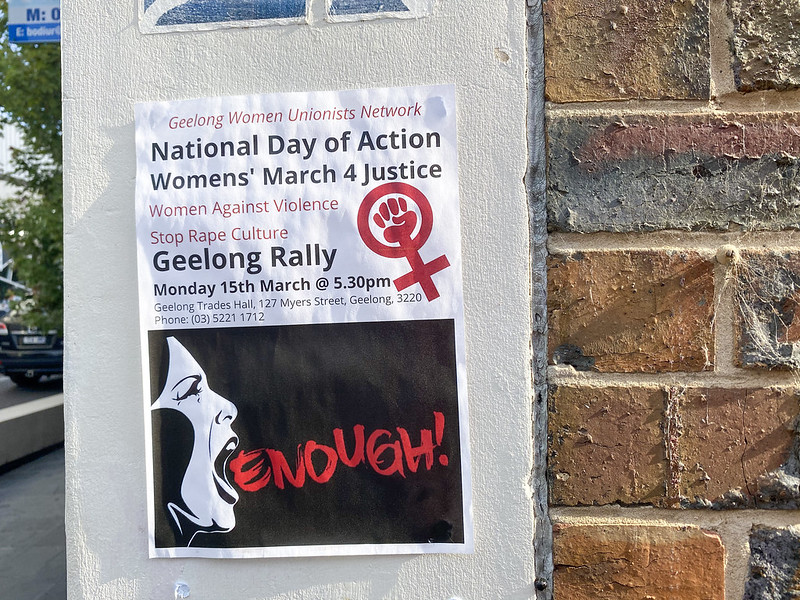 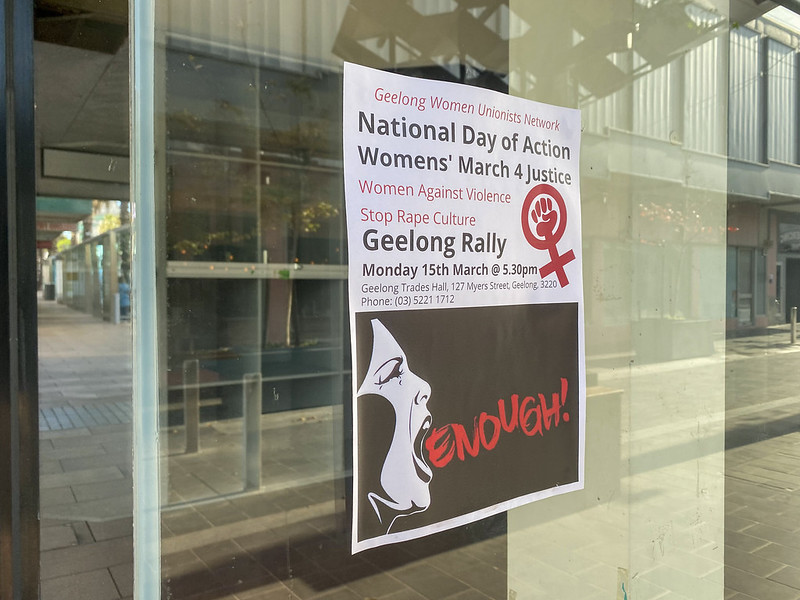 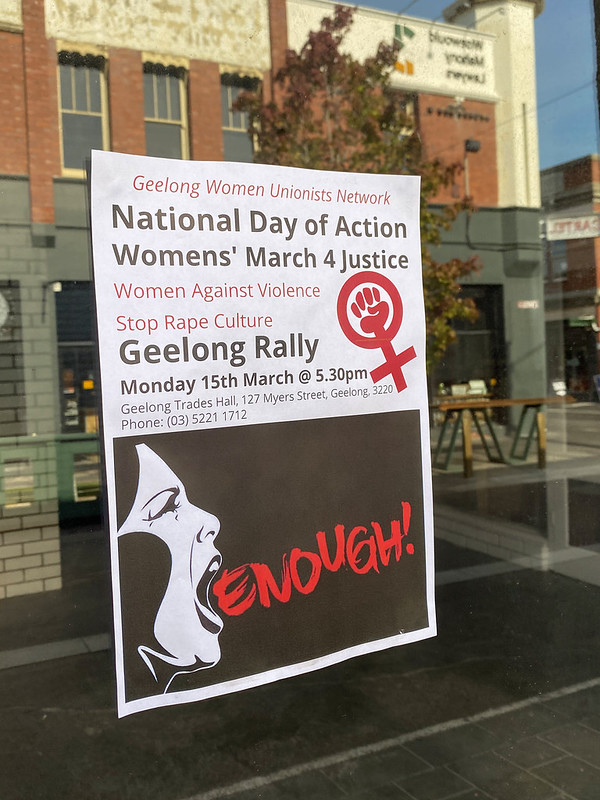 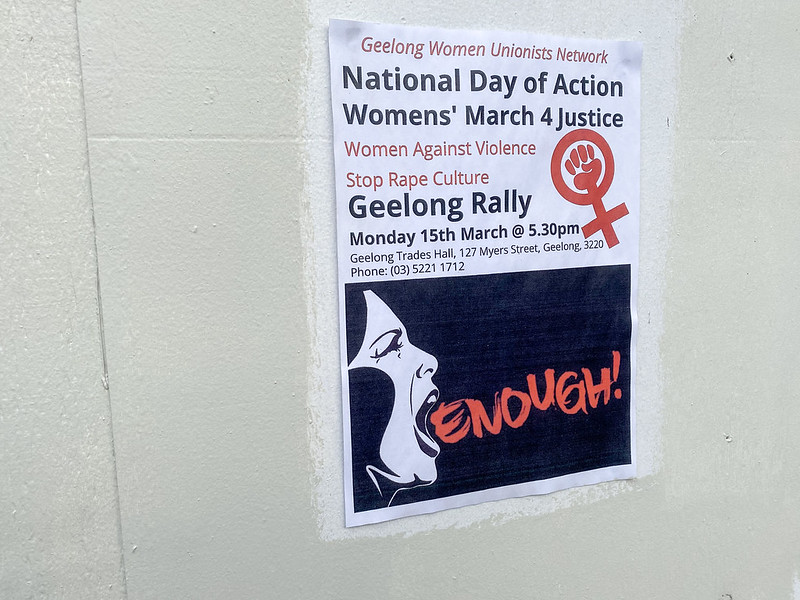